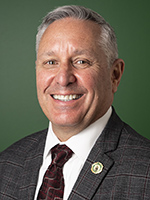 Dave Spero was elected national president in September 2021. He previously served six terms as vice president of PASS Region II. Following four years in the U.S. Air Force, Spero joined the FAA as an electronics technician in 1988. Prior to being elected regional vice president, Spero served as a chapter vice president, local union representative and regional member of PASS’s National Legislative Committee. In 2009, he graduated from the National Labor College with a bachelor’s degree in Union Leadership and Administration and was recognized with a Distinguished Senior Paper Award. 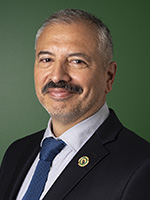 Carlos Aguirre was first elected to national office in October 2018 and is now serving his second term as Secretary-Treasurer. Prior to being elected, Aguirre served as Region I Assistant for five years. He has also represented PASS in various capacities, including regional director for the Americas for the International Federation of Air Traffic Safety Electronics Associations (IFATSEA), lead negotiator for the PASS 2017 Air Traffic Organization contract team, Chapter FL1 president and Region II representative on the PASS National Legislative Committee. He began his career at the FAA as a mechanical engineer in 1987 and became an airway transportation systems specialist in 1997, working at various facilities including the Miami Air Route Traffic Control Center Environmental and System Operations Units and the FAA’s National Operations Control Center in Warrenton, Va. 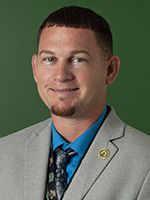 Doug Lowe is serving in his first term as Region II vice president. An airway transportation systems specialist and a PASS member since 2007, Lowe has been elected to several officer positions in the union’s Georgia and Florida chapters, most recently as Florida chapter president. He has also served in a variety of representational positions and has been consistently active legislatively. Lowe is a veteran of the U.S. Marines.

Raymond Baggett is serving in his third term as Region III vice president after a brief hiatus from the role. As a PASS member for nearly 30 years, and an electronics technician with the FAA, Baggett’s union activity has been consistent. Most recently, he served as regional assistant, Colorado chapter president and chair of the PASS National Safety Committee. Baggett is a veteran of the Air Force and Colorado Air National Guard. 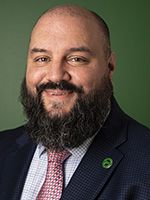 Ben Struck was elected to a full-term as PASS Region IV vice president in September 2021, having been appointed interim Region IV vice president in January 2021. His unconventional path to joining the FAA’s Flight Standards Service as an operations aviation safety inspector included running away and joining the Big Apple Circus. He worked in the entertainment industry before pursuing a career in aviation. Struck was a flight instructor and was chief instructor for a successful collegiate aviation program in New York and a Part 135 captain for a charter company. Struck has served in many roles for PASS: chapter vice president, both designee and principal representative positions, and as the eastern regional business agent for Region IV. He is an aviator who loves to fly, is passionate about aviation safety and he is determined to find the fun in all things. 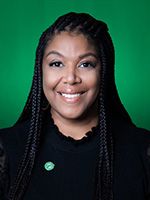 Tamara Rose is serving in her first term as Region V vice president. A management and program analyst with the FAA, Armstead joined PASS in 2018 as soon as her unit elected PASS as its exclusive union representative. She is one of PASS’s team leads for the Critical Incident Stress Management (CISM) Program and has also served as a group representative and convention delegate. Armstead, who is based in Fort Worth, Texas, proudly served in the U.S. Army.